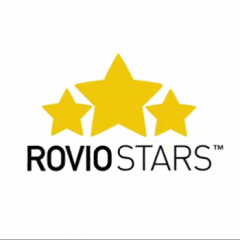 The new brand will publish and distribute games from a select number of developers and is designed to help gamers weed out Rovio-backed content from the more than 100,000 games currently available in app stores.

The first Rovio Stars titles out of the gates are Icebreaker: A Viking Voyage by Nitrome, followed by Tiny Thief by 5 Ants. The former follows the adventure of a lone Viking using ice-slicing mechanics. Tiny Thief is a medieval adventure featuring stealth-based puzzles.

It’s not surprising that the company is continuing to expand its entertainment reach. Rovio recently added a video-streaming model to its Angry Birds franchise and has seen continued growth among its consumer products division so far this year.

Developers who are interested in Rovio Stars can find more information at: www.rovio.com/developers.