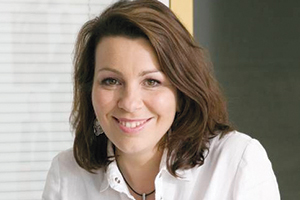 Clement Calvet and Jérémie Fajner, the founders of prodco Superprod, will mange the new company and have hired Favennec as deputy MD in charge of sales and acquisitions. Favennec was previously head of children’s programs of M6 Group and head of acquisitions for Jetix France and Disney Channel France.

Superights has already acquired the international distribution rights for preschool animated series Pic Nic with Cake and Kika & Bob and is working on finalizing deals for several other series.