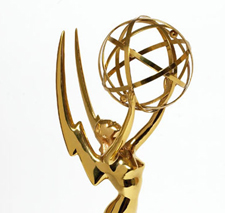 PBS was tops in the Daytime Emmy children's categories with 44 nominations buoyed by Sesame Street's 17 nods, while Nickelodeon followed closely behind with 36 nominations. Interestingly, of Cartoon Network's 11 nominations, seven were for the recently cancelled Star Wars: The Clone Wars. Read on for a list of nominees in key categories.

Nominees for the 40th annual Daytime Emmy Awards, which will air  on June 16, have been revealed. PBS was tops in the children’s categories with 44 nominations buoyed by Sesame Street’s 17 nods, while Nickelodeon followed closely behind with 36 nominations. The Hub picked up 17 nods, its most ever, while Disney Channel and Disney XD combined garnered 11 nominations. Interestingly, of Cartoon Network’s 11 nominations, seven are for the recently cancelled Star Wars: The Clone Wars, a series which had never previously been nominated. In addition, Sprout picked up two nominations, including an outstanding preschool animated program nod for Justin Time. Read on for a list of nominees in key categories.