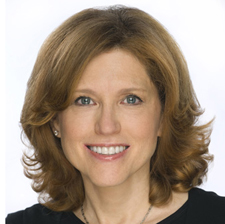 Nickelodeon's New York-based president of content development Marjorie Cohn has chosen to exit the kidsnet after serving 26 years with the company, and Alison Dexter's EVP of productions position has been eliminated amid ongoing realignment.

Nickelodeon’s New York-based president of content development Marjorie Cohn has chosen to exit the kidsnet after serving 26 years with the company, and Alison Dexter‘s EVP of productions position has been eliminated amid ongoing realignment.

In an internal memo from Nickelodeon issued yesterday, group president Cyma Zarghami stated that all of Nickelodeon’s content executives will now report directly to Russell Hicks, Nick’s L.A.-based president of content development and production, to whom Cohn previously reported.

During her time at Nickelodeon, Cohn helped guide the development and production of a number of hit shows including SpongeBob Squarepants, iCarly, Double Dare, Rugrats, and All That!

After Hicks was named to his new position and long-time president of Nick Animation Brown Johnson exited the company last August, Cohn was promoted to president of content development for live-action, animation and digital from head of live-action programming, which she started overseeing in February 2010.

Cohn has yet to announce her plans for the future.

Meanwhile, Nickelodeon eliminated its centralized senior role in production management, resulting in the departure of Dexter. The production groups will now report directly to the live-action and animation executives in charge, who will in turn report to Hicks. Additionally, Cohn’s position will not be filled.