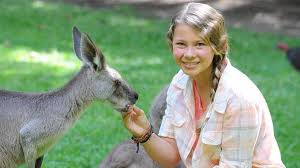 US kids to thank Starz for Bindi Irwin series

FremantleMedia's wildlife-based game show Bindi's Bootcamp, hosted by Bindi Irwin, will air on Starz Kids & Family in the US starting May 1.

FremantleMedia’s wildlife-based game show Bindi’s Bootcamp, hosted by  Bindi Irwin, will air on Starz Kids & Family in the US starting May 1.

Shot on location in Australia, the series brings children up close to exotic animals, as three teams comprised of two kids each compete to win a trip to participate in an Irwin Family conservation program. Irwin, the daughter of the late Crocodile Hunter Steve Irwin, received a Daytime Emmy in 2008 for her show Bindi: The Jungle Girl.

Bindi’s Bootcamp will air on Starz’s afternoon programming block. It is produced by FremantleMedia Australia and Sticky Pictures and premiered in July 2012 on ABC3 in Australia. The series is currently on air in more than 15 territories across Asia on Discovery Kids and is expected to begin airing later this year in Italy on Rai.