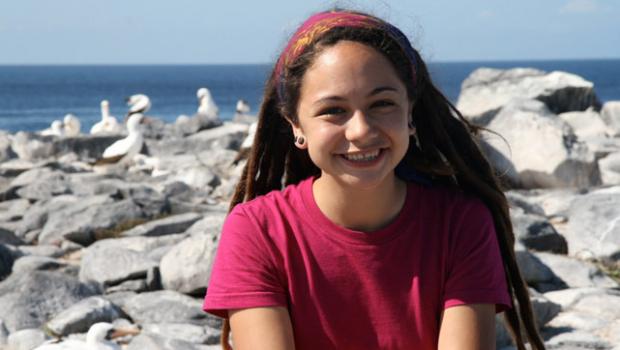 In South Korea it has been sold to MBC, the Munhwa Broadcasting Corporation.

As well, all four seasons of the series aimed at 6 to 9 year olds have also been sold to Ceská televize, the Czech Republic’s new CT3 children’s and educational channel.

Under the direction of a young webmaster, host Cari Leslie (pictured) receives clues that lead her on an amazing learning odyssey. During production of 104 episodes of the series over four seasons, the crew traveled to some 40 countries.

It is produced in association with TVOKids, the Canada Media Fund, the Shaw Rocket Fund and the Canadian Museum of Civilization.

Fremantle Corporation distributes A World of Wonders internationally. It’s been sold to more than 25 international markets.

A World of Wonders, Genuine Pictures