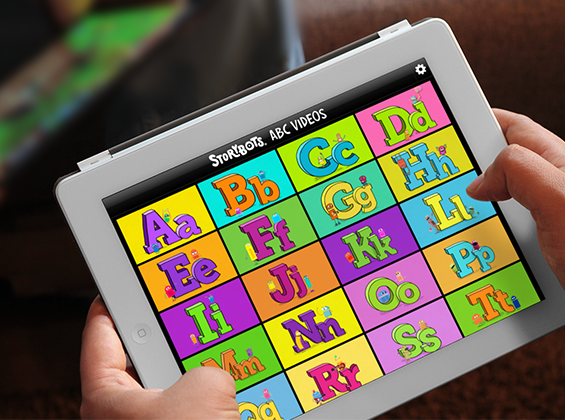 KidQuoter, as its name suggests, is an iPhone app that allows parents to capture the funny things their kids say and then turn words or phrases into personalized, sharable art.  Words can be personalized with the child’s face as well as with custom costumes and backgrounds.  The creations are then sharable via email, Facebook, and Twitter.  KidQuoter joins Beep & Boop, the StoryBots good behavior game, as the second app in the company’s Happy Parents product line.

For kids, the Tap & Sing iPad app teaches musical concepts such as notes, melodies and tempo.  By tapping the StoryBots characters in the order they raise their hands, kids can play along to classic songs.  While the app is free, a StoryBots membership is required to unlock all 11 songs.

The ABC Videos app features the 26 one-minute music videos starring the StoryBots characters that have generated more than five million views on YouTube. The videos help kids identify the shapes and sounds of alphabet letters and teach vocabulary. The ABC Videos app is free to try on the iPhone, iPod touch, iPad and iPad mini. and comes with three free videos StoryBots members can unlock all 26 videos.

Brothers Evan and Gregg Spiridellis, who founded JibJab.com in 1999, launched the multi-platform Storybots IP this past September.