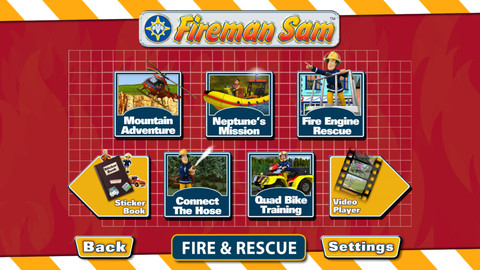 In collaboration with children's interactive publisher P2 Games, HIT Entertainment has launched another app based on its Fireman Sam preschool character.

In collaboration with children’s interactive publisher P2 Games, HIT Entertainment has launched another app based on its Fireman Sam preschool character.

Fireman Sam: Fire & Rescue, the second app from P2 Games in conjunction with HIT, follows the release of Fireman Sam: Junior Cadet last year. The new app offers five games and bonus features including videos and multiplayer functions. The app also has a special reward sticker book where fans can collect stickers during game-play and a video player to unlock video clips.