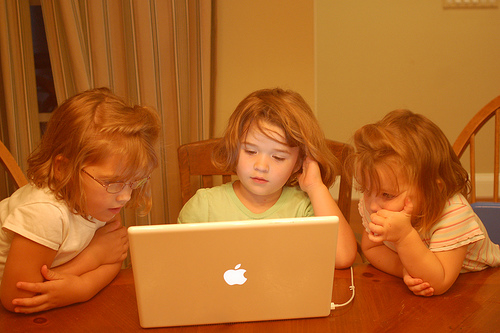 More Lessons from the Startup World (via Launch Festival)

Last week, I was hanging out at the Launch Festival in San Francisco. It's largely a technology pitch-festival (think Shark Tank or Dragon's Den meets Silicon Valley). Only a handful were kid or education-related, which presented an opportunity for me to think about larger trends and how they apply to the world of children's digital entertainment.

Last week, I was hanging out at the Launch Festival in San Francisco. It’s largely a technology pitch-festival (think Shark Tank or Dragon’s Den meets Silicon Valley). Fifty-plus companies pitched their services/products/platforms and then received feedback from accredited investors, creating a concentrated opportunity to learn from the example of others en masse. Oh, and all of this pitching was onstage with thousands of people watching live. Launch is specifically a tech event, so these companies included advertising networks, wifi connection systems, content management systems, new hardware, etc. Only a handful were kid or education related, which presented an opportunity for me to think about larger trends and how they apply to the world of children’s digital entertainment. So here are a few takeaways.

Funding in the tech industry is largely focused on services and platforms, not content. The overwhelming majority of pitches at the festival focused on platforms (CubeSensors) and services, (instabridge, which is a password-free way to share your wireless network with friends, or knowyo, a service/game to help you remember names). That’s the way of life out here. (I say “out here” because I’m still in my hotel room in San Francisco as I write!) Content is hit-driven and harder to predict. Platforms often fill a clear need or solve a problem or pain point. Being a content company does not automatically stamp you unfundable, but it does make it tougher.

When evaluating ideas, David Sacks (founder of Yammer and an investor), looks for four key things in a startup — “a product hook, a market need, distribution model, and hard to copy.” Most of these are pretty straightforward — hard to copy doesn’t simply mean piracy. It means your team is the secret sauce to do it perfectly. Do you have the perfect storm of talent to make the idea come to life?

Many pitchers stumbled on the distribution model. You can have a great idea, but it’s not simply enough to say that your distribution hinges on, “We built in viral marketing tools.” It’s not unlike what I was talking about last week in my post about digital strategies — have a marketing plan! It’s your distribution plan and make it specific.

Beyond distribution, the challenge for content companies is proving market need, and most find that their best strategy is to build something first. Cyan Banister, an angel investor, said, “Get customers. Get people to believe in your product. If you have a real business with eyeballs or people paying you, then that’s more attractive.

This idea of market support was often used in tandem with the words “traction” and “signal.” When giving feedback to companies, it’s inevitable that buzzwords are thrown around. At events like this, they’re largely related to the lean startup methodology, including pivot and minimal viable product. (I wrote a bit about these ideas in my post “What Game Design Has Taught Me About Running a Startup.”) Traction and signal appear to be the new words to the lingo party.

Why does traction matter? As a content company, like most of us in the kids entertainment business, the odds are unfavorable. It’s a hit driven business. (One can argue this is true of tech platforms, too, but we all have our lens through which we view the world…) When pitching to people who are averse to or don’t understand hit-driven products, we often need to demonstrate traction (via users or revenue). This is a clear signal that the product is needed. Even the platform-driven pitches at Launch were frequently asked about their traction or other market signals.

This is largely because ideas aren’t worth much these days. The idea still needs to be radical, inspiring, and great (good also isn’t enough these days), but you have to be able to execute.

A few investors commented that ten years ago, an idea could get funding. But today, generally the only folks who are investing in ideas are the incubators, and those are incredibly competitive. It’s like writing a book, was one example cited. If you’re famous, you can get money to write a book. But if you’re not famous, you write the book and say, “Hey! What do you think of my book?”

Meanwhile, investors aren’t just looking at your book/product. The entire team is critical to evaluating the potential success of the team. David Cohen, founder of the TechStars accelerator, said their six evaluation factors are “Team, team, team, market, progress, and idea.” They want to see the team make progress to hone the idea and market, but it was almost a universal truth that the team can make or break the idea.

The best teams often have worked together or have known each other. Several folks from incubators and accelerators commented on a “Startup Weekend” effect, where people form an early-stage company over the weekend. Sometimes these teams are brand new to each other but immediately start pitching to investors. Just like you wouldn’t marry someone after the first date, do you really want to start a company, potentially 5 to 7+ years of working together, based on one 48-hour period?

Large, slow moving teams are a bad idea, too. Naval Ravikant, founder of AngelList, commented that he prefers commando teams who are building products quickly and nimbly. “It’s a lot faster to execute than it is to talk about executing,” he said.

So the moral of the Launch 2013 story is that unless you are a known quantity with an exemplary record (and even sometimes then…), you have to build something and demonstrate traction for content to have value. And then the real work begins.

The Launch Festival archived the videos. It’s well worth poking around. A few favorites

Note that if you go far enough back, you’ll find demos from LaunchEdu, which is all educational products. I haven’t watched any, so I can’t say on the quality. But given my experience at Launch, I’d say go for it!

Otherwise, conference and speaking season is upon us. If you’d like to catch up, here are some options.

○     Child’s Play: Making Games for Kids Roundtable (If you’ve ever attended one of the breakfasts I arrange, we’ve made it a formal GDC event now!)