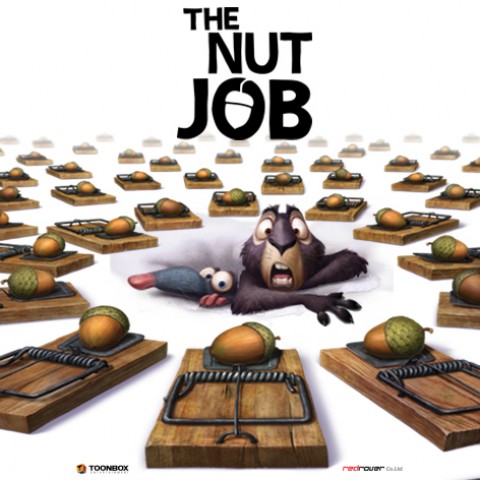 Liam Neeson on board ToonBox feature The Nut Job

It looks like actor Liam Neeson is playing the villain yet again. The Academy Award nominee will voice a villainous raccoon in The Nut Job from Canada's ToonBox Entertainment and Korea's Redrover.

It looks like actor Liam Neeson is playing the villain yet again. The Academy Award nominee will voice a villainous raccoon in The Nut Job, an animated feature film from Canada’s ToonBox Entertainment and Korea’s Redrover that will be released later this year.

The film, based on the 2005 short film Surly Squirrel directed by Disney animation vet Peter Lepeniotis, is also being developed in association with Warner Bros.-based Gulfstream Pictures, which is handling US sales. Fully financed by Redrover and its partners, the film is currently in production with plans for a 2013 release.

Neeson joins the voice cast of Katherine Heigl, Will Arnett, Brendan Fraser, Stephen Lang, Sarah Gadon and comedian Jeff Dunham in a comedy about a mischievous squirrel and his rat friend as they play a nut store heist. The film’s director Lepeniotis has worked with Pixar Animation Studios and Industrial Light & Magic and as an animator on the films Fantasia 2000 and Toy Story 2. His first project with ToonBox was the animated TV series Bolts & Blip.

The is the second animated project in the past month for Neeson, who in February joined the voice cast of the film Khumba from Cape Town, South Africa’s Triggerfish Animation Studios.