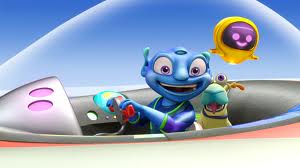 The acquisition comes as a third season of 26 x 11 minutes has just been greenlit for a 2014 delivery.

Created and produced by Sparky Animation in Singapore and Groupe PVP in Canada, Jack, aimed at kids ages six to nine, follows a curious explorer from another world who wants to learn about Earth.

Bejuba!’s catalog of children’s content currently consists of more than 600 half hours of animated, live-action and multi-platform programming including Stella and Sam, Zooville and Fizzy’s Lunch Lab.