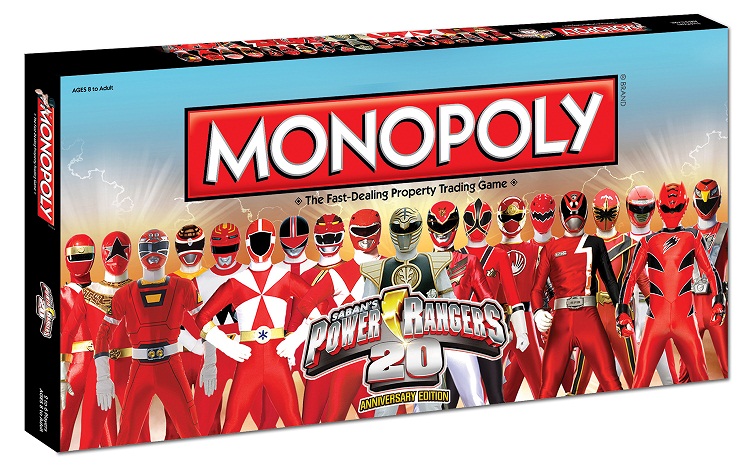 Fisher-Price will produce a multi-product toy line based on the new Julius Jr. preschool series, which will air on Nick Jr. this year. Inspired by the Paul Frank family of characters and its monkey, Julius, the products will include play sets, plush, role play toys and more for the global marketplace.

Older kids, meanwhile, will get USAopoly’s Power Rangers Monopoly and Trivial Pursuit games that will celebrate the brand’s 20th anniversary.

The Monopoly game will allow players to buy, sell and trade locations spanning the history of the Power Rangers brand including The Command Center, The Power Chamber, Rita Repulsa’s Moon Palace and more.

Saban Brands ran a poll last week on the official Power Rangers Facebook page, where thousands of fans voted for which final game token they wanted to be included in the Monopoly game. The winner will be revealed on Facebook, along with the other five tokens in the game, leading up to the game’s release this summer.

Aimed at kids ages 12 and up, the Trivial Pursuit Power Rangers 20th Anniversary Edition will ask more than 1,800 questions from six categories.