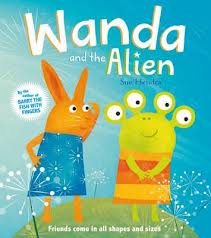 RHCSE, a full-service UK production house created by the children’s publisher and Komixx Entertainment, has entered into pre-production of the 52 x 10-minute animated preschool series. The show is based on a series of books by  Sue Hendra about a little girl rabbit who meets an alien.