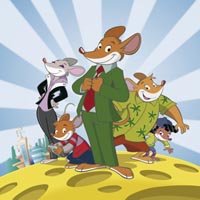 The companies will produce the third season together, with a fall 2014 delivery, bringing the total number of episodes available for broadcast worldwide to 78.

The animated series, inspired by the book series of the same name, first launched in September 2009 on Rai 2, with season two launching in October 2011. The first two seasons are currently broadcasted in more than 100 territories.