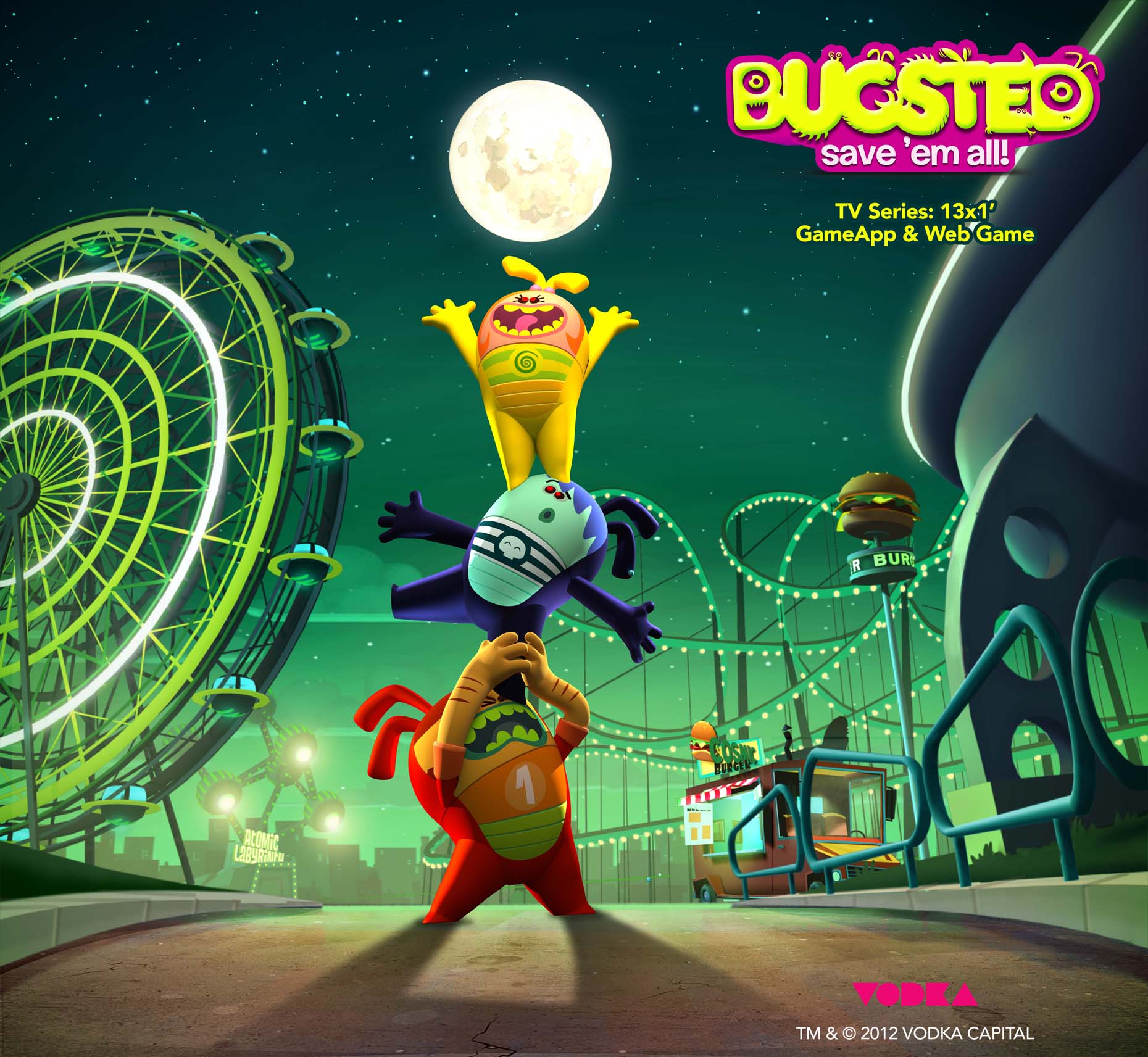 Targeting the tween demographic, Bugsted will be available as a 13 x one-minute mini series and as a gaming app for the iPhone, iPad and Android. Collectible action figures will also accompany the product lineup. The property will roll out across all platforms simultaneously in the last quarter of 2013.

The news follows an agreement made in the Fall between Vodka and terrestrial Mexican broadcaster Televisa, which will premiere the mini-series and also serve as the IP’s licensing agent in that territory.

The series follows the adventures of a group of mutated bugs that hails from the Moon. Production is currently underway and Vodka is in talks with both European and US TV channels. The company is looking to replicate the global success of its Jelly Jam brand, which is currently broadcast in more than 150 countries worldwide.