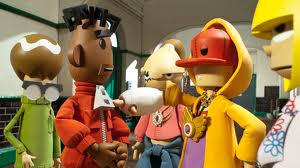 New multimedia comedy series Strange Hill High has received a second season commission in advance of its premiere on CBBC. The news comes as FremantleMedia amps up the licensing activity surrounding the show.

New multimedia comedy series Strange Hill High is in for a second season on CBBC. Produced by FremantleMedia Kids & Family Entertainment and CBBC in association with Factory Transmedia for CBBC (UK), the first season of the series will debut this Spring on the channel.

The news comes as FremantleMedia Kids & Family amps up the licensing activity for the show by signing several UK licensees in advance of the first season. Cooneen and Misirli have signed for underwear, nightwear and socks, whilst Spearmark has signed for lunchware, drinkware and tableware.

The series combines puppetry and digital effects and takes place in an all-but-forgotten inner-city school that holds many secrets and mysteries.