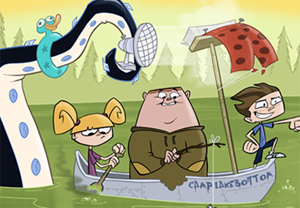 After the German channel saw success with Almost Naked Animals and Wild Kratts, 9 Story is sending 40 half-hours of the animated kids series Daniel Tiger’s Neighbourhood and 26 half-hours of Camp Lakebottom to Super RTL.

The European broadcaster is also getting another 40 episodes of Wild Kratts.

The latest sales were made by the distribution arm 9 Story Enterprises, which also reps internationally series like Arthur, Wibbly Pig, Harriet the Spy: Blog Wars and Cache Craze.