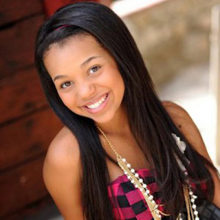 A range of Disney and Nickelodeon celebrity guests – including singer Keke Palmer and the band IM5 – have made appearances at the studio, which will churn out a crop of new web shows including a weekly music countdown series called The Fanlala 5ive, an online VOD series hosted by Radio Disney personality Daphne Blunt (pictured) entitled Daphne’s Look of the Week, and a new fictional comedy series called Josie and Her Celebrity Friends.

While such content will continue to be showcased on the Fanlala website, the company is now also working with key distribution partners including YouTube, AOL On, Blinkx and Kabillion on Demand.