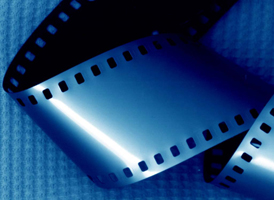 The new creative consortium’s mission is to develop and produce quality animated feature films with the goal of releasing one Warner Bros. Pictures feature per year.

Acclaimed filmmakers, including John Requa and Glenn Ficarra, (Cats & Dogs), Nicholas Stoller (The Muppets), Phil Lord and Chris Miller (Cloudy with a Chance of Meatballs), and Jared Stern (Mr. Popper’s Penguins), have been selected by the studio to collaborate on a number of projects from pre- to post-production, but will not be exclusive to the studio’s productions.

The first feature in the pipeline is the upcoming 3D-animated adventure The LEGO Movie directed by Phil Lord and Chris Miller from their own screenplay. The first Lego brand feature film ever is expected to hit theaters February 7, 2014 and is produced by Warner Bros. Pictures, in association with Village Roadshow Pictures, with animation by Australia’s Animal Logic.

Additional projects include Storks, a film set for a 2015 release created by Stoller and directed by Doug Sweetland (PIXAR short Presto), and Smallfoot, a film slated for a 2016 launch written by Requa and Ficarra based on an original idea by Sergio Pablos (Despicable Me).

Courtenay Valenti, Chris deFaria and Greg Silverman of Warner Bros. will oversee the development projects, and while the overall look, character design and the story reel process will be housed in Burbank, the studio is looking to partner with established animation studios for production of the films.