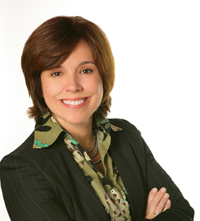 In her new role, Brodsky will head up global business for the iconic Peanuts property, including the launch of the recently announced 2015 feature film from Twentieth Century Fox and Blue Sky Studios.

Her additional responsibilities include overseeing and growing the Iconix Entertainment division.

She was most recently an acting member of the Board of Directors at Jakks Pacific and president of L.A.B Licensing and Branding.

Prior to these positions, Brodsky served as the president of Nickelodeon Consumer Products, where she worked on a number of hit kids IPs including SpongeBob SquarePants, Dora The Explorer, Blue’s Clues, as well as Teenage Mutant Ninja Turtles and Beatrix Potter.

She also previously worked on the Peanuts property as an executive with United Media Enterprises. Peanuts Worldwide is a joint venture with Charles M. Schulz Creative Associates.