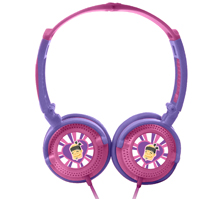 The line, which will be introduced at this week’s Consumer Electronics Show (CES) in Las Vegas and available at retail from March/April 2013, includes Bluetooth speakers, USB drives, ear buds, messenger bags, tablet sleeves, headphones, and cases for iPad and iPad 2, iPad mini, iPhone 4 and 5, iPod touch, and tablets up to 10 inches.

Since making its App Store debut in 2010, Fruit Ninja has become one of the top 10 most downloaded iPhone games ever released with more than 350 million downloads worldwide, and has 25 million players daily in more than 80 countries.

The new deals further strengthen the brand’s expanding merch program which now includes an array of consumer products, as well as popular mobile, online, and console versions of the game.