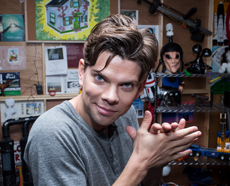 To date, YTV is seen in more than 11 million homes across Canada.