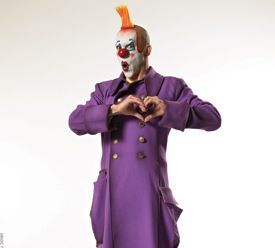 Cirque du Soleil and Bell Media have partnered to launch Cirque du Soleil Media, a joint venture which will develop youth and kid-targeted content for TV, film, digital and gaming platforms based around the values of the Quebec-based entertainment company.

Cirque du Soleil and Bell Media have partnered to launch Cirque du Soleil Media, a joint venture which will develop youth and kid-targeted content for TV, film, digital and gaming platforms based around the values of the Quebec, Canada-based entertainment company.

Headquartered in Montréal, Canada the new company will be headed up by Jacques Méthé as president. Méthé most recently worked as executive producer and general manager of images, events and lifestyle at Cirque du Soleil and tells MiC content from the newly formed Cirque du Soleil Media will not simply be made up of footage of the entertainment company’s performances, unlike its upcoming 3-D movie, Cirque du Soleil: Worlds Away.

“The purpose of Cirque du Soleil Media is to bring things to the screen that are as exciting as the things we do on the stage,” he says. “We have a slew of characters, each with a distinctive feeling and there is enough material there to create animation, for instance, for kids and tweens. We think that we can dig into Cirque’s values and brand pillars to create real content that has nothing to do with circus life but has a lot in common with the values and feeling we have been providing through the live shows [for] movie and television audiences.”

The launch of Cirque du Soleil Media is an opportunity to expand the brand’s target demo beyond those who can afford to go to shows in person, typically an older and more affluent crowd, says Méthé.

“Our shows aren’t incompatible with younger people, but the cost of the show often makes it difficult for them to come to them,” he says. “The movie and television business doesn’t have that kind of filter. I think the emotion and magic that Cirque has doesn’t only cater to people who are well off and educated. That is what mass media can help us do, bring this to a larger audience.”

Bell Media was chosen as its partner for Cirque du Soleil Media because it is a Canadian company which brings TV and digital expertise to the table, says Méthé.

“The idea was to find a Canadian partner who is in the media business but not in the same area we are in. They bring the money we wanted to put into the business but they also bring their knowledge and clout,” he says. “Together, I think we can do a great deal of interesting things.”

“Yes, we will go [to Bell] first or most of the time, but movies for instance are not a business that Bell Media is in. The intent here is not to become a content supplier for Bell Media,” he says.

Cirque du Soleil Media is still looking for creative and media partners for upcoming projects, says Méthé. He adds announcements about projects from the media co will start coming around the end of the second quarter in 2013, and that there will be sponsorship and advertising opportunities available.