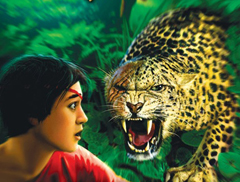 The 26 x 24-minute series, which is being produced in South Australia at South Australian Film Corporation studios, targets kids ages eight to 12 and will air on Cartoon Network after it premieres on Network 10. ZDF Enterprises will handle international distribution.