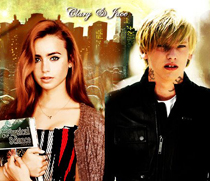 Editors at Scholastic have forecast bullying, novel-in-cartoons, tough girls and kid lit on the screen as some of the top trends in kids books to watch out for in 2013.

Editors at Scholastic have forecast bullying, novel-in-cartoons, tough girls and kid lit on the screen as some of the top trends in kids books to watch out for in 2013.

The publisher points to Josh Schneider’sThe Meanest Birthday Girl for May 2013, and Scott Starkey’s The Call of the Bully: A Rodney Rathbone Novel for January as new novels that seamlessly blend the theme of bullying into their storylines.

The impact of The Hunger Games’ strong female protagonist Katniss Everdeen will still be felt in 2013, as tough new female characters will be introduced in a number of notable books such as Code Name Verity by Elizabeth Wein, Legend and its sequel Prodigy by Marie Lu, and Lawless by first-time author Jeffrey Salane.

Looking at the novels-in-cartoons genre that has come from the success of the Bone, Captain Underpants, and Diary of a Wimpy Kid series, new titles to keep an eye on in the new year include Chickenhare by Chris Grine, Stick Dog: A Really Good Story with Kind of Bad Drawings by Tom Watson, and Dav Pilkey’s Captain Underpants and the Revolting Revenge of the Radioactive Robo-Boxers.

More information about Scholastic’s trend list can be accessed here.