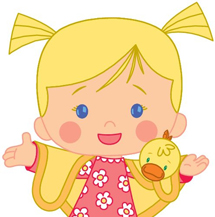 A number of new licensing deals have been sewn up for preschool property Chloe's Closet, in an announcement made by Netherlands-based Kids WorkOut Factory, the show's co-production partner.

A number of new licensing deals have been sewn up for preschool property Chloe’s Closet, in an announcement made by Netherlands-based Kids WorkOut Factory, the show’s co-production partner.

The deals come after a successful toy launch this year from master toy licensee Golden Bear in the UK. The manufacturer is now moving to develop a second toy range for fall 2013.

The series has been airing on CiTV/ITV since January 2011 and on Turner Broadcasting’s Cartoonito since June 2011. Other broadcasters include France 5 and Playhouse Disney; PBS Kids Sprout (US),  Channel One (Russia), the Disney Channel and Playhouse Disney (Spain), CBeebies (Latin America), Mediaset (Italy) , YoYo (Taiwan) and HOP Channel (Israel).