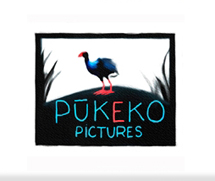 The partnership will see Pukeko (The WotWots) offer creative and technical direction on the 200 x 10-minute puppetry series and the first 52 eps are expected to air in the first half of 2013.

Apple Dog’s Adventure has already been presold to Beijing Television’s Kaku kids channel and the series will also air on CCTV and additional major TV stations in China, according to Pukeko.

The show, which is based on a series of popular Chinese books being adapted for TV by Chinese writer Mr. Ge Bing, features stories revolving around a small dog with a magical apple on the end of his tail.

The  collaboration is part of both company’s involvement with the Animation School of the Beijing Film Academy which recently established the International Animation Technology Joint Research Center.