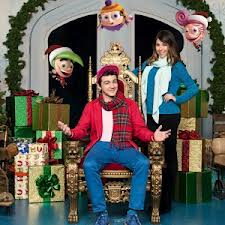 The movie, based on the popular animated TV series The Fairly Odd Parents and a sequel to the hit Nick TV movie A Fairly Odd Movie: Grow Up, Timmy Turner, stars Drake Bell (Drake & Josh) and Daniella Monet (Victorious) and is executive produced by Nickelodeon’s Butch Hartman.

The movie, produced by Pacific Bay Entertainment, follows the holiday adventures of Timmy Turner as he journeys around the world granting kids’ wishes, but ends up getting into trouble with Santa Claus.

Since debuting in March 2001, The Fairly Odd Parents has seen consistently high ratings and in the scond quarter of 2012, reached 16.5 million kids ages two to 11 and 43 million total viewers.