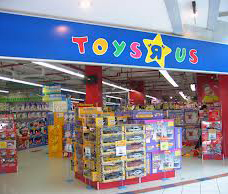 Toys 'R' Us has launched Toysrus.com.cn, a dedicated web store in China and expanded its retail accessibility to mobile consumers in 11 new international markets.

Toys ‘R’ Us has launched Toysrus.com.cn, a dedicated web store in China, and has expanded its retail accessibility (including Babies ‘R’ Us) to mobile consumers in 11 new international markets.

New countries with mobile-optimized sites and apps now include Australia, Canada, France, Germany, Japan, Spain, and the UK. Toys ‘R’ Us is also set to launch the same capabilities in Portugal, Austria, Switzerland and the Netherlands in the coming months.

The new launches fall in line with the retailer’s  rapid growth in worldwide web and mobile shopping operations that have increased over the last three years. Toys ‘R’ Us generated US$1 billion in online sales in 2011 and reported double-digit growth in its global e-commerce business from 2010 to last year.

According to The Boston Consulting Group, e-retail sales in China are expected to hit US$360 billion in 2015.

The news follows the August opening of the first Toys ‘R’ Us stores in Beijing.