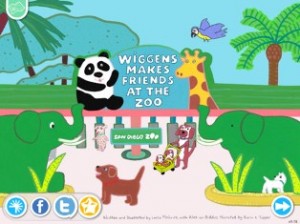 The cross-platform app for interactive kids books pushes the Canadian indie producer deeper into the world of eBooks for young audiences.

Kevin Gillis’ Skyreader Media has continued its push into eBooks by launching a cross-platform authoring tool for interactive kids books.

The Skyreader Studio self-publishing platform is at the beta stage currently, ahead of launching the proprietary tools in the first quarter of 2013.

The platform has allowed the producer to acquire book rights, which include TV rights that can be developed.

Projects it has in the pipeline include pacting with in-house kids book writer Leslie McGuirk and the San Diego Zoo on a series of three interactive eBooks titled Wiggens at the San Diego Zoo.

Skyreader also launched an interactive version of the Norbert Nipkin kids book series on the iPad.

With the new Skyreader Studio platform, authors and publishers can create their own interactive content for kids, with output formats for the iOS and Android platforms, and other eBook devices and apps.

Skyreader Media has offices in Toronto and Ottawa.

Screenshot via the App store