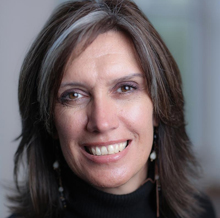 Joining the company from her most recent position as Chapman Entertainment’s commercial director, Fry will report to CEO Jeremy Banks and be tasked with selling the company’s kids properties including Poppy Cat, Purple Ronnie and Scarlett & Crimson.

During her time at Chapman, Fry handled popular IPs including Fifi and The Flowertots and Raa Raa the Noisy Lion. She was also previously the VP of licensing at Gullane Entertainment where she managed the international development of Thomas the Tank Engine.

Since Coolabi went private last year after a US$7.7 million management buyout by shareholder Edge Performance, the company has experienced growth in its licensing and production divisions.