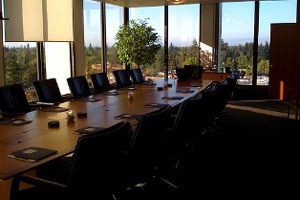 BCE on Friday made it official: the Canadian telecom giant will seek approval for its Astral Media takeover by going over the heads of the country's media regulator, the CRTC, with an appeal to Canada's federal government.

BCE on Friday made it official: the Canadian telecom giant will seek approval for its Astral Media takeover by going over the heads of the country’s media regulator, the CRTC, with an appeal to Canada’s federal government.

BCE will polish a formal request to be handed to the feds today.

The appeal will seek a policy direction to the CRTC under section 7 of the Broadcasting Act that requires the regulator to follow “in-place policies when reviewing change of control transactions in broadcasting.”

BCE contends the CRTC relied on 1970s and 1980s policy positions when rejecting its $3.38 billion takeover of Astral Media as part of a surprise decision handed down on Thursday.

“A commission that relies on a 35-year-old working paper to justify rejecting outright the Astral deal, rather than its own policy established in 2008, clearly needs guidance on the broadest of policy matters,” he added, citing the CRTC’s 2008 Diversity of Voices regulatory policy as more relevant to weighing the transaction.

BCE is betting it can resubmit the Astral Media takeover application for approval by the CRTC after the federal cabinet directs the regulator to follow the 2008 Diversity of Voices regulatory policy.