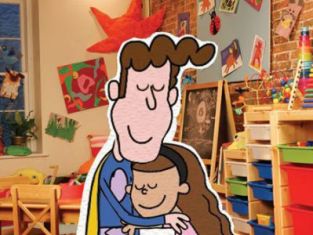 Little Airplane Productions’ Tone Thyne and Josh Selig created the concept for the 13 x half-hour series and will remain on-board as executive producers, along with Peter Williamson and Ira Levy of Breakthrough.

At the same time, Breakthrough, which developed the series with the CBC as the first broadcaster, will produce The Adventures of Napkin Man as a fully-Canadian series, and not a US-Canadian co-venture, which bumps up the available local subsidies available to the series.

Kathy Sandford is the executive story editor on the project, while the writers’ room is fully Canadian, according to Breakthrough.

A Canadian director will be named before the end of the year, ahead of production starting in early January 2013.

Breakthrough will use Toronto-based animation studio Little Tugboat Productions to render animation services on the project.

The Adventures of Napkin Man tells the story of Mister Anthony, a preschool teacher who draws an animated superhero named Napkin Man for his students.

Little Airplane will handle US distribution, while Breakthrough distributes the preschool series worldwide.

The CBC will debut The Adventures of Napkin Man in September 2013, ahead of Breakthrough shopping the new series at MIPCOM next week.