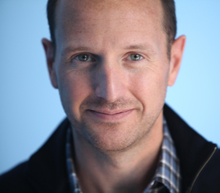 Twentieth Century Fox Consumer Products has named Greg Lombardo to the newly created position of VP of location based entertainment.

Twentieth Century Fox Consumer Products has named Greg Lombardo to the newly created position of VP of location based entertainment.

Lombardo makes the jump to Fox after holding a five-year stint as creative director for BRC Imagination Arts.

In his new role, he will head up sales efforts for global branded entertainment experiences based on Fox’s film and television portfolio (Ice Age, Alvin and the Chipmunks, Rio, Titanic) with a focus on Asia, Latin America, and Europe.

Prior to his time at BRC, Lombardo served as the creative director, writer and producer for the USA Pavilion at the Shanghai Expo 2010, and was a production executive at L.A.’s Pictures In A Row Productions.