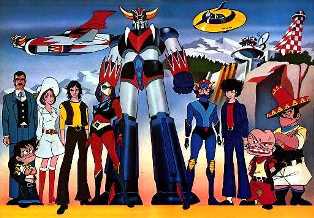 The Montreal-based company will handle DVD, TV and digital distribution of the classic 1970s animated series from Japan's Toei Animation.

Montreal, Canada’s Imavision Distribution has inked a distribution agreement with Japan’s Toei Animation for the French-Canadian rights to the 1970s classic series Goldorak.

The deal will see the Montreal-based company handle DVD, TV and digital distribution for the 74-episode series.

The cartoon, about an evil cosmic king seeking to take control of neighboring planets who is thwarted by the robotic embodiment of a decimated world, originally aired on French-language television in the mid 1970s.

According to Imavision, the distribution deal comes after a series of ‘false starts’ which saw fans let down by promises of DVD releases that were broken by ‘unscrupulous companies.’

The Goldorak DVD set is slated for release in French Canadian regions in time for the holiday season.