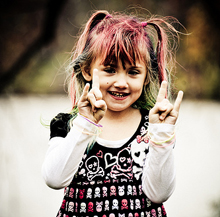 Nine Truths About Being a Game Designer

Read on for my list of nine truths about being a game designer.

Here are my nine truths about being a game designer:

1. Everyone thinks you have the coolest job

This is true even **after** they find out you specialize in educational games.

2. No one understands what you do

But beware how long to talk to anyone about being a game designer. Before long, they’ll start asking questions like “Do you program?” No. “Do you make the art?” No. “Do you design levels?” Sorta. “Do you write the story?” Sometimes. (If this sounds familiar, we talked about this issue in our first blog, too.) Regardless, explaining what game designers do is a rabbit hole that just ends in confusion on all sides. Who really wants to know what a game mechanic is anyway?

3. Your mom thinks it’s not a real job

But she’s totally proud of you. She just wants you to go outside and play with your “real” friends for a little while. And there’s always time to go back to law school, you know…

4. Everyone knows how to do your job

Or at least everything *thinks* they know how to do your job. No matter what project you’re working on, someone, or maybe everyone, will tell you what they want the game to be. I suspect plumbers have this problem too. Hey, no worries if I just disassemble my kitchen sink and install this garbage disposal. I mean, really, I can just watch a video on YouTube, right?

I’m not saying that novices can’t have good game ideas. The people who own the brand often have amazing ideas. But to bring my plumbing metaphor home, what I’m saying is this — there are times when it’s ok to tackle basic tasks yourself and there are times to call in the professionals. Game designers bring a knowledge of design principles, usability, and production methodologies that make a big difference in the long run. The trick is knowing when to call. (If you’re not sure when the right time is, just ask!)

In other words, there’s rarely an “I” in game (or team). What you design is only the beginning of a lot of pieces – art, voiceover, programming, game mechanics, level design, marketing, monetization… 99 times out of 100, the amazing games are made by very cool teams of people. Collaboration is an important part of the process.

6. You will probably never ever buy a big-ass boat with your game design earnings

But, if it’s any consolation, you’ll likely do better than a children’s picture book author. (Bah dum dum…) The reality is that it’s hard to make money making games. For every game that hits it big, there are a zillion games – no matter how good they were – that never even recouped their development costs, never mind the sweat equity put into the game. Don’t make games to get rich. Do it because you love what games can offer and because it makes sense for your brand.

Novelists don’t get the story right the first time. Game designers don’t either. It takes time and lots of iterations to make something good.

8. Game design brings out the best of your obsessive-compulsive side

There is nothing like designing a closed system, where all possible actions need to be accounted for, to bring out the perfectionist in you. Did you ever find yourself wondering if you remembered to lock the car or turn off the curling iron? That’s how I feel throughout the game design process. Every detail must be accounted for.

9. Your audience will never learn as much as you did while designing the game

As a game designer, you live and breathe the content for the entire design process. It’s only a matter of fact that you, as the designer, learn more than anyone. You did research the idea, iterate on it, and then test every possible way of interacting with it. So it’s only natural that you have crackerjack knowledge of dog-breeding genetics, historical facts, or other completely made-up content that will never, ever show up on Jeopardy.

And with that, my secrets have been revealed. Reach us anytime at kidsGotGame@noCrusts.com or @noCrusts on Twitter. Until next time!