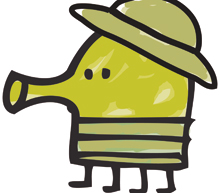 Biplano to rep Doodle Jump in Spain and France

The deal will see Biplano launch an extensive licensing program for the property, which has become one of the most downloaded apps of all time, and according to Apple, the number three all-time top paid iPhone app since it launched in 2009.

The latest deal falls in line with Lima Sky’s plans to move the app further into licensing with the recent appointment of Eric Karp as its chief licensing officer.