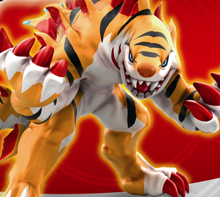 Spanish media house BRB Internacional has partnered with Sony Computer Entertainment Europe (SCEE) on the development of a new animated series based on the Sony PlayStation property Invizimals.

Spanish media house BRB Internacional has partnered with Sony Computer Entertainment Europe (SCEE) on the development of a new animated series for kids ages six to 10 based on the Sony PlayStation property Invizimals.

The 26 x half-hour HD series will incorporate enhanced-reality techniques, similar to the augmented reality functionality in the monster-hunting video game from developer Novarama. Users will be able to unlock additional content and make the Invizimals visable exclusively via their PlayStation Vita portable consoles.

BRB and Sony are set to launch the series’ pilot at MIP Jr. next mont, and are working with Screen 21 to debut the series globally at the end of 2013.

To date, the Invizimals game franchise (Invizimals,  Invizimals: Shadow Zone,  and  Invizimals: The Lost Tribes) have sold more than one million units in Europe and the IP has a growing consumer products program including licensees Panini (magazines, cards, stickers and activities), Comansi  (collectible figurines) and  Safta (backpacks, school materials).

BRB manages the property across Spain and Portugal and plans are in the works to license rights for Invizimals on a worldwide scale.