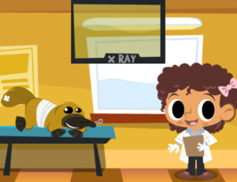 Toronto, Canada-based Corus Entertainment has invested in San Francisco's mobile learning and play network Fingerprint Digital in efforts to boost its growth in the kid's app market with its Fingerprint Play platform.

Toronto, Canada-based Corus Entertainment has invested in San Francisco’s mobile learning and play network Fingerprint Digital in efforts to boost its growth in the kid’s app market with its Fingerprint Play platform.

The new investment will see the Fingerprint Play platform, which launched in December 2011 on iOS devices, expand to Android devices with eight new game apps joining its library by the end of this year.

Corus is also expected to move some of its properties to the Fingerprint Play platform and Corus’ Colin Bohm, MD of Nelvana Enterprises, has been named to Fingerprint Digital’s board.

Fingerprint Play helps engage kids and parents across mobile devices and the web and its apps feature Mom-Comm, a special feature that gives parents the option to send encouraging voice messages, notes, or scripted messages to their kids.

Fingerprint Digital was founded by former developers from Leapfrog, PlayFirst and LucasArts.