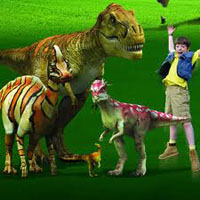 The 52 x 11-minute series, which follows the adventures of a 10-year-old boy who can brings dinosaurs to life with his imagination, currently airs in more than 85 countries and production on season two began in March for Nick Jr. US and broadcasters including TVO (Canada) and TVA (French Canada).