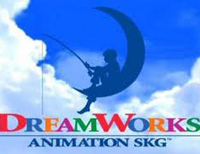 The deal, which comes as its current deal with Viacom’s Paramount expires at the end of the year, sees Fox accept select marketing and distribution responsibilities in both domestic and international markets for all DreamWorks-produced animated feature films for release in 2013 through 2017.

Terms of the agreement also state that Fox will receive a distribution fee on global theatrical and home video gross receipts as well as on international television, and on select digital businesses, including rentals, SVOD and EST. However, DreamWorks will retain the rights to distribute its product in the domestic TV windows without paying a fee to Fox.