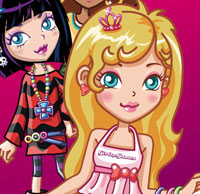 Market research company Newzoo has revealed that the international tween-girl gaming community is significant and growing.

Market research company Newzoo has revealed that the international tween-girl gaming community is significant and growing.

For tween girls in these countries, more than a fourth of their total time spent online is gaming.

Additional research found that tween girls in the US prefer gaming over talking on the phone and 84% of kids ages 10 to 15 who use a tablet say they play games on it.

When looking at tween girls on GirlsgoGames, results showed that the number of total French tween girls playing games per month grew 67%, from 1.2 million to 2 million monthly active users (MAUs) over the last year.

In the UK, total MAUs grew 56% versus last year, from 1.6 million to 2.5 million and total average time spent on the site in both the UK and France has more than doubled in the last year.

In the US, the total number of tween girls playing games on the site per month increased 22% since April 2012, from 7.6 million to 9.3 million.

Spil Games’ platforms, which include GirlsgoGames, are localized in 15 languages and reach more than 180 million monthly active users from around the world every month.