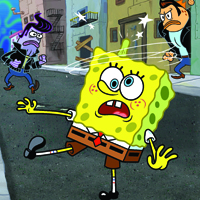 In Malaysia, NTV7 has scooped up season two of bilingual preschool animated series Ni Hao Kai Lan, TV3 has acquired season one of live-action comedy adventure series The Troop, season six of SpongeBob SquarePants and season one of The Adventures of Jimmy Neutron spin-off Planet Sheen, while Radio Televisyen Malaysia (RTM) has snapped up season one of teen musical Big Time Rush.

Penguins of Madagascar season one and two were picked up by Vietnam’s International Media JS Company along with Kung Fu Panda season one, and season six and seven of the original Teenage Mutant Ninja Turtles series on behalf of SCTV6-SNTV and VTC7-Today TV.

Meanwhile, Thailand deals include season one and three of puppetry animated series Wonder Pets for POD Worldwide’s Public Broadcasting Service (PBS), and Medialink Entertainment for Kung Fu Panda season one and Penguins of Madagascar season two and three for Channel 7.