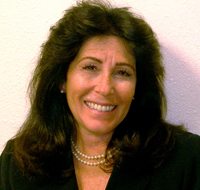 She moves over to SMC after holding a number of executive positions with family entertainment companies including the Walt Disney Company, Where’s Waldo? and digital platform Kidthing.

In her new role, she will have expanded responsibilities in the development and management of key licensing relationships across all of SMC’s slate of properties including the new boy-skewing CG-animated series The Jungle Book.

The moves come on the heels of SMC securing a number of US licensing deals for The Jungle Book which debuted on Disney XD in June.