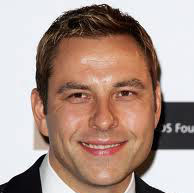 On the heels of its new multi-book deal with English comedian, writer and actor David Walliams, HarperCollins Children's Books UK has announced Walliam's fifth children's book Ratburger will be published on September 19.

On the heels of its new multi-book deal with English comedian, writer and actor David Walliams, HarperCollins Children’s Books UK has announced Walliam’s fifth children’s book Ratburger will be published on September 19.

The new adventure book, which features illustrations by acclaimed illustrator Tony Ross, follows the story of a little girl, Zoe, who must rescue her newly adopted rat, Armitage, from a villainous character named Bert.

Walliams (Billionaire Boy, Gangsta Granny) is currently selling an average of 20,000 books per week in the UK.

To date, more than 1.5 million copies of his books have been sold and translated in 25 languages worldwide.