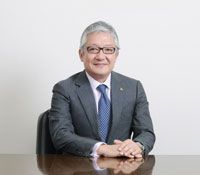 The move, which is effective immediately, will see Takagi continue to grow the studio’s international partnerships and expand the company into new markets with its library of hit animated properties and new programming.

Prior to his promotion to senior director in 2011 from managing director, Takagi, who has been with Toei Animation for more than 30 years, spent five years as director of the studio’s character licensing department.