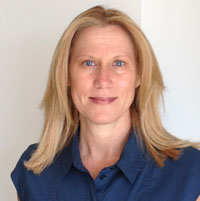 Based in L.A. and reporting to RGH’s executive director for North America, David Corbett, Goodman will be responsible for heading up the company’s global distribution efforts for its increasing portfolio of content for theatrical, television, DVD and digital platforms.

One of her first tasks will be to find US distribution partners for Postman Pat: The Movie, which is set to debut across the UK in May 2013. She will also look for distribution opportunities for the CG-animated 3D feature film Life and Adventures of Santa Claus, which is currently in development with Toonz Entertainment for the 2013 holiday season.

Goodman’s 20-year career in the entertainment industry has covered a wide range of positions since she first began in the acquisitions department at Miramax Films in New York.

Most recently, she served as a marketing consultant and independent producer to a number of companies including Warner Bros., FOX, Universal Home Family Entertainment, ABC Family Channel, E! and Animal Planet/Discovery Networks.

Prior to this she was the VP of Filmed Entertainment at Bonneville Worldwide Entertainment and also held executive positions at companies including Saskfilm in Canada and Universal Studios.