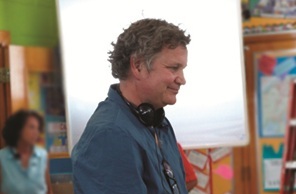 Production underway on Temple Street’s The Next Step

The series follows a group of elite dancers at The Next Step Dance Studio gunning to win a regional dance competition.

The Next Step will include original songs and professional choreography in the 26 half-hour episodes.

Extra content, including an after-show web series featuring character interviews and behind-the-scenes footage and commentary, will be available on Family.ca.

The Next Step is created by Frank van Keeken (pictured), also the creator of Temple Street’s Wingin’ It, which airs on Family Channel and Disney XD.

The series, commissioned by Family Channel, is exec produced by van Keeken with Temple Street co-presidents David Fortier and Ivan Schneeberg, and produced with assistance from the Shaw Rocket Fund.