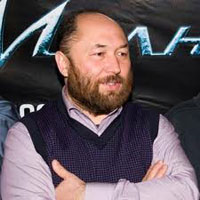 On board to produce the series is Bazelevs owner and Russian director and producer Timur Bekmambetov (pictured) who helmed Abraham Lincoln: The Vampire Hunter, Wanted and the Russian comedy franchise Yolki. Chromosapiens, is Bekmambetov’s first foray into animated TV production.

The TV project will also utilize new proprietary technology created by Bazelevs with the support of Russian non-profit organization, The Skolkovo Foundation, called FilmLanguage which will launch on Paramount Comedy’s Russian website. The software allows online users to create their own cartoon shorts featuring characters from the series by converting natural language text into animation.

Paramount Comedy is a 24-hour, fully localised, ad-supported comedy channel that broadcasts daily to Moscow and St. Petersburg and across the rest of Russia through local IPTV providers Onlime and Tvoe TV.