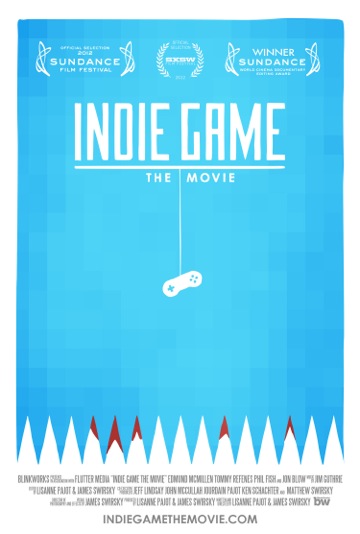 So, it's an unusual day here in the world of the Kids Got Game Blog - movie review day! It's not everyday that a movie comes out dedicated to independent game development. But, lo and behold, I found INDIE GAME: THE MOVIE on iTunes US this week (it's also in theaters now and available directly from the film's web site.

So, it’s an unusual day here in the world of the Kids Got Game Blog – movie review day!

It’s not everyday that a movie comes out dedicated to independent game development. But, lo and behold, I found INDIE GAME: THE MOVIE on iTunes US this week (it’s also in theaters now and available directly from the film’s web site. It’s a really nicely made film, beautiful to look at, masterfully edited, and with a great score by Jim Guthrie, whose praises I’ve already sung on this blog for his scoring of Superbrothers: S&S. It also was really a pleasure to watch as a designer, to see other people going through their creative process of designing and making games – and yes, to see them encounter the same kinds of frustrations that I do – even though the games these people are making are pretty far out of the kids sphere.

The film follows the development of two independent games, Fez, and Super Meat Boy , both released on the XBox Live Arcade. There’s also some discussion of Braid, Jonathan Blow’s famous and beloved indie game, one of the most successful of all time. Blow makes for a fantastic interview and commentator. (Which reminds me that The Atlantic recently did a great profile of him, which is worth checking out ). 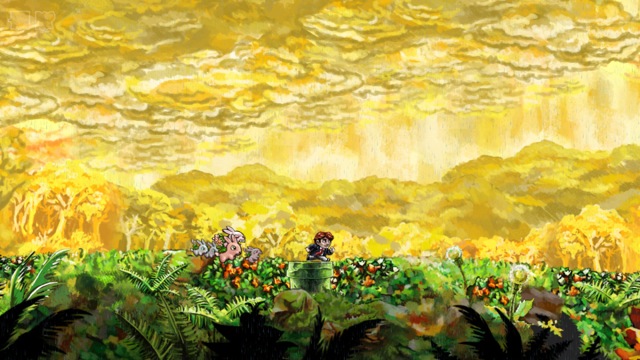 In interviewing the designers and programmers, the filmmakers largely stay away from the details of code and the technology. Instead, they focus on the personal stories of the people behind the games and the stresses they face around finishing their games and releasing them to the world. There were two moments that struck me particularly, both featuring the team behind Super Meat Boy, Edmund McMillen, the game designer, and Tommy Refenes, the programmer. For context, Super Meat Boy is a platformer (a game built around running and jumping onto platforms or around obstacles, think Super Mario Brothers) where your avatar, a boy with no skin, runs around trying to save his girlfriend, who is made entirely of bandages, from an evil doctor who’s a fetus inside a jar. One of the major challenges is avoiding being impaled on saws embedded throughout the environment. (Remember when I said these games weren’t for kids?)

At one point in the film, McMillen talks about how they designed the saws in the game. The first time the player encounters the saws, they’re stationary, fixed in place and the player has to leap over them or duck under them to get safely past. Later, the saws appear on tracks and they move back and forth, upping the ante for the player. Finally, saws start to appear on the ends of rotating arms, moving constantly and making avoiding them all the more difficult.

Even though Super Meat Boy is renowned for its difficulty, McMillen was talking about designing the game so that it teaches the player how to deal with these obstacles in a scaffolded way. Encountering the different saws in this order allows the player to become familiar with the properties of the saws and with strategies for avoiding them, then makes the challenges more hard-won at the higher levels of the game. This scaffolding of support and upping the difficulty at appropriate moments is something we think about as designers all of the time, as it’s critical for creating games that are both rewarding and engaging, whether they’re for kids or adults. 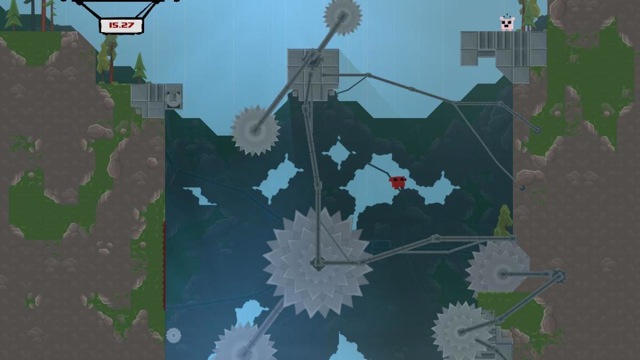 To me the most affecting moment in the movie was seeing McMillen and Refenses trolling YouTube for videos of people playing their game. The delight on their faces when they saw a stranger struggling to get past a difficult level, yelling at the screen in a mixture of pleasure and frustration, was fantastic to watch. Seeing people that they’d never met play their creation affirmed for them that they had made something both challenging and incredibly fun, a game that their teenage selves would have loved to play.

This lesson, of stopping to enjoy the finished product and take in the experience that other people are having with your game, really resonated for me. Even though we spend so much time during development thinking about our audience, doing playtesting, and vetting every detail to make sure the game functions as well as it can, there’s nothing like seeing a game you helped to create out in the world, being enjoyed by people you’ve never met. Real people (and especially kids) constantly surprise you with the ways they play the game and the things they discover in it that you didn’t even realize yourself when you were making it. Watching real kids play games that I’ve worked on (like this kid playing Ready Set Grover! in Danish! ) helps me to forget all of those hair-pulling moments during QA where the voiceover was firing at the wrong time and see the bigger picture, which is that we’ve created something that is a really positive experience that kids are sharing with their friends and family.

Which brings me to my plug - Sesame Street: Elmo’s Musical Monsterpiece , the game we designed for WBIE and Sesame Workshop, is now out for Wii and DS. We hope you’ll play it with your families and let us know what you think – and post your own clips to YouTube! Email us at kidsGotGame@noCrusts.com  or find us on Twitter at @noCrusts. 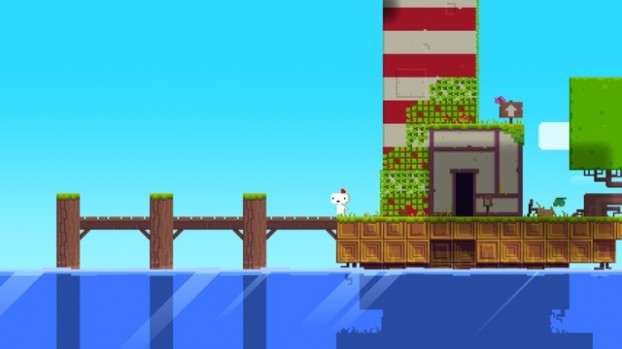